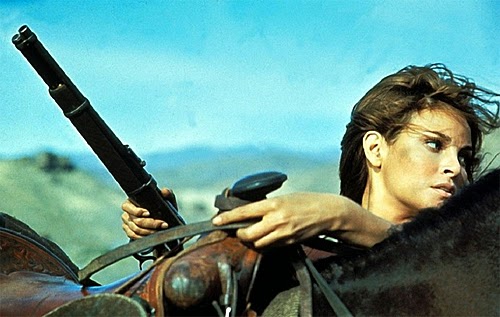 Over at Criminal Element, reviewing as Edward A. Grainger, I take a look at Raquel Welch Westerns including BANDOLERO, 100 RIFLES, and HANNIE CAULDER. I'd love to have you click over there and scratch a comment if you don't mind.
Posted by David Cranmer at 12:18 PM 4 comments:
Email ThisBlogThis!Share to TwitterShare to FacebookShare to Pinterest
Labels: article, Criminal Element, Raquel Welch, review, western

I met Eric Beetner at the Sunset Blvd cyber bar—a close quarters, noirish dive that was appropriately sparse for 4:00 in the afternoon. Just us and the Linda Fiorentino brunette who was glued to a TV talk show in between serving our drinks. I ordered a Sam Adams and Eric had a water. I raised an eyebrow and he smiled, saying, “I know. A disgrace to crime novelists everywhere.”

I laughed and said, “Hey, sorry I didn’t make it to Bouchercon, man. It sounds like I missed all the fun. What was the highlight?” I slugged back half of my beer. 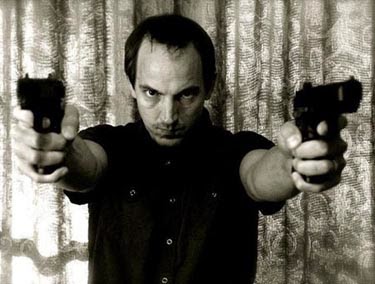 "Bcon was fun. About as much fun as you can have in Albany. I really enjoyed the two panels I was on, the one I moderated about Film Noir was great and the one I spoke on about hardboiled writing was fun too. I'd say the highlight though was the mini Noir at the Bar-esque reading I held in the Authors Choice room. I had no idea if anyone would show up and once I started asking writers to come read I was overwhelmed by the response. I ended up having 25 readers, I think. It meant we did it speed dating style and everyone had about 60 seconds to read a snippet from a book and then everyone generously donated a book for a giveaway.

"The best moment was when it came time to head to the room and see if anyone would show up. I rounded the corner and the hallway was jammed with people like The Rolling Stones were performing inside. It was standing room only! Of course, the flyers I made that offered FREE BOOKS probably made all the difference, but I hope people found a few new writers to add to their list."

I shook my head with a smile. "How do you do it! Does it come naturally to get out there publically and read and sell books?"

"I really don't mind public speaking and interacting with people. I'm fairly antisocial in the larger scale - I don't care for parties and stuff like that - but with the right crowd of like-minded people I don't get shy or lack for things to say. I will say I have a hard time selling myself. I'm sure I've sold way more of other peoples books in talking to readers because I'm so much more likely to go on a rant about how great Jake Hinkson is or how much I loved Angel Baby by Richard Lange or Owen Laukkanen's books. I don't like to suggest my own books to anyone, but that could be my deeply ingrained Iowan humility.

"I co-host the L.A. chapter of Noir at the Bar (with brilliant writer Stephen Blackmoore) so I've seen a lot of readers come through and some really struggle with reading in public, let alone speaking extemporaneously, but I rather enjoy it. People have said I'm good at moderating panels and such."

I raised my beer and nodded my head. "That Blackmoore can spin a yarn. I’m still reeling from City of the Lost. Speaking of sharp plots, where did you come up with the idea for 'The Year I Died Seven Times'?"

"It's not my normal way of working, but as I recall that one started with the title. I keep a lot of ideas and random thoughts around and that one stuck. I just had to write a book around it. I ended up on the story of this guy, Ridley, who goes off on a search for his missing girlfriend who he realizes he knows very little about, and ends up getting into mess after mess that literally kills him at every turn.

"The hardest part was finding different ways of killing him off that he could come back from. It's not a zombie novel. He just ends up legally dead for a few moments each time. But those options are limited, which is why it's not the year I died twenty times.

"It was a challenge trying to keep up the tension while the reader knows he is going to die at the end of each adventure, or in this case the end of each installment of the book. Hopefully the trouble he gets up to in between is fun and suspenseful enough to bring the readers along. And I'd bet there are a few deaths that would surprise people. In a way, there's a fun little bit of reader participation that works in the same way as a traditional mystery where a reader enjoys guessing the who in a who-done-it, only this way you have to guess how Ridley is going to die each time. Readers should absolutely feel free to play along at home, maybe make some bets with loved ones." 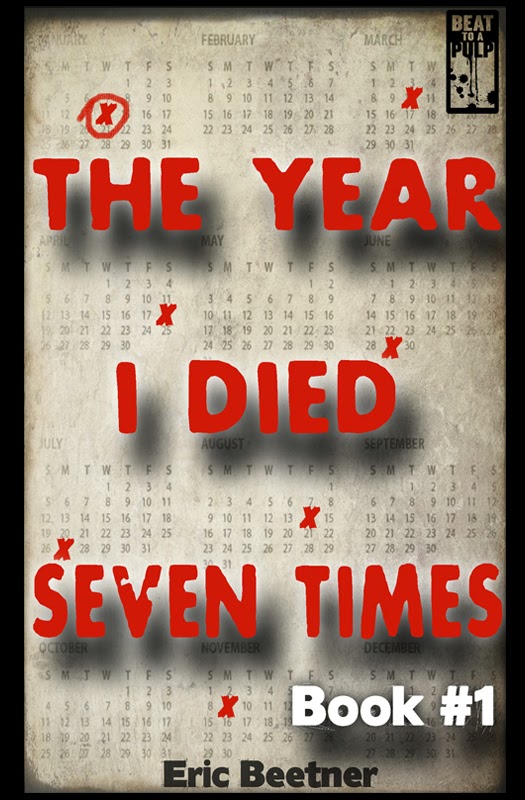 My phone beeped and buzzed. I picked it up without looking at it, saying, "It’s a great idea … it’s like an interactive story in a pocket size book! Well, thanks for dropping the book at BEAT to a PULP’s door, amigo. It zips right along and offers us a chance to do something different with seven installments released over the next year." I checked my cell. A text from my Charmer came in asking me to stop for milk on the way home. Made me think. "I gotta ask, how do you find the time to write with two kids and a full-time job?"

"The short answer is I don't sleep enough. Really I think it's that old adage, 'A writer writes.' It's just something I do because I like doing it. I feel like I'm too slow. When I get on a run and get focused on a book I do a good job of writing almost every night. When I'm not working on something I have no problem with taking time off. I don't think you need to write every night all the time. It leads to burnout.

"Last year I felt like I was moving slow all year but when I looked back I wrote (and published) two novellas, a complete novel (now under submission) wrote half a novel and then scrapped it, wrote about half of another novel with my co-author (we're almost done!) half a dozen short stories for anthologies and I think there was a novel I finished in January that I'd started late 2012. For me, that's slacking. Man, I have issues. No matter what we will all be lapped by Stephen Graham Jones.

"But I will give credit to my wife and my kids for giving me the time to write. They all go to bed by 9:00 or 9:30 every night so I'm free to both watch what I want on TV and then go write until about 1 or 2 am. And they let me sleep in until about 8. So, yeah, I'm gonna die young. But y'know, I'll have all those books as my legacy.

We finished our drinks, tipped handsomely—our hostess still lost in a custody battle show—and headed for the exit when a barfly waddled in. I stepped back as Eric held the door. On the street waiting for our respective taxis, my mind wandered to one last thought, "Would you still write if you could look into a crystal ball and see that you weren’t going be that big-time author, you know, like on the NY Times Best Seller list?"

"What the hell else am I doing now if not that? I know for sure I'll never be that guy. I'm fine with it. I'm lucky enough that I don't rely on writing to support my family and I like my day job. I have already had more success than I expected in fiction writing. I already spent a decade grinding it out writing screenplays, taking meetings, making deals, getting paid now and then and I came away having nothing to show for it on screen, but 17 feature length screenplays and a few TV scripts finished. I don't consider it wasted time. I was writing and finishing stories. I got better (I hope) and I learned from my mistakes. If novel writing never gets me to a higher level than where I am now I'll be okay. Obviously we all have aspirations, and I'm no different, but it isn't about money, though that would be nice. To be included in the conversation among writers I admire and can consider peers has always been my goal.

"I write mostly for me. I have an idea and I want to read that book so I write it. Does that make it much more than a hobby? Maybe not. But reaching an audience has been a privilege and something I can build on. We all write to be read. I want readers and I want to entertain. But would I still write? Almost certainly. I'm also not one to sit on the sidelines. I want to make things happen and get work out there. I may end up someone who writes and no one reads, but I'll still be writing and finding suckers to put it out. Um, not that you're a sucker, of course...."

We eyed each other thoughtfully for a split second and then both had a good laugh.

“Pleasure to publish your work, Eric," I said, shaking his hand as we said our goodbyes. I caught the red eye back to New York, reminding myself to get milk.

And that, as they say, is that.
Posted by David Cranmer at 4:07 PM 4 comments:
Email ThisBlogThis!Share to TwitterShare to FacebookShare to Pinterest
Labels: BEAT to a PULP, Eric Beetner, interview, mystery, noir, The Year I Died Seven Times

Free eBook: Hell Up in Houston 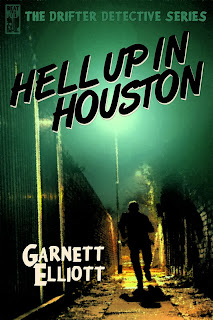 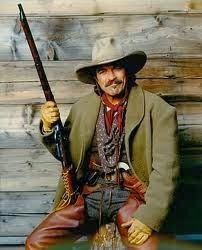 Over at Criminal Element, I have some thoughts on Tom Selleck’s Westerns. I've been a big fan since first seeing The Shadow Riders back in 1982. I briefly look at four movies including Quigley Down Under and Monte Walsh. Stop by when you get a chance, and if you feel so inclined to leave a comment it would be appreciated.
Posted by David Cranmer at 6:26 PM 8 comments:
Email ThisBlogThis!Share to TwitterShare to FacebookShare to Pinterest
Labels: Criminal Element, Tom Selleck, western
Newer Posts Older Posts Home
Subscribe to: Posts (Atom)