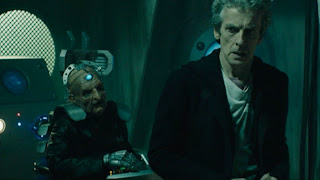 My review of Doctor Who: The Witch's Familiar is now live at The Fall Creek Review.
Posted by David Cranmer at 1:37 PM 2 comments:
Email ThisBlogThis!Share to TwitterShare to FacebookShare to Pinterest
Labels: 12th Doctor, A Murder of Quality, artcle, Doctor Who, review, Science Fiction 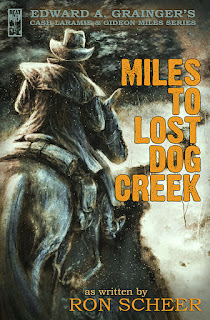 Ron Scheer completed “Miles to Lost Dog Creek” in 2012. Unfortunately, I was top heavy at the time with Cash Laramie and Gideon Miles stories, so I set it to the side with the intent of publishing it much sooner than this. In the interim Ron approached me about publishing his How the West Was Written series, and I jumped at the chance.

Sadly Ron passed away in April, and after releasing the last in the How the West Was Written books, I turned my attention, once again, to “Miles to Lost Dog Creek.” However there were several developments in the Miles character over the past three years that needed the writer’s touch, but I didn’t have my friend Ron to turn to. So I went to two mutual friends of ours and fellow Western authors, Chuck Tyrell, aka Charlie T. Whipple (who’s worked with me from time to time on this series) and Richard Prosch. I sent it their way for their skilled eyes to run through the pages … thank you, both!

Knowing that “Miles to Lost Dog Creek” may very well be Ron’s final published work, I wanted the cover art to be special. I asked Chuck Regan, whose talents have been previously on display with another BTAP cover, and he turned in this exceptional piece. Many thanks, Chuck.


"Miles to Lost Dog Creek” is available as an ebook and later this week in print. Because it’s a long short story I’m pricing the ebook at the affordable $1.49. But if you are a fan of the series and of Ron’s work, I really recommend the print copy which is a beauty.
Posted by David Cranmer at 7:15 AM 4 comments:
Email ThisBlogThis!Share to TwitterShare to FacebookShare to Pinterest
Labels: BTAP, Cash Laramie, Gideon Miles, Miles to Lost Dog Creek, western

Doctor Who: The Magician's Apprentice

For the most part I liked "The Magician’s Apprentice." My mini-review is up at The Fall Creek Review.
Posted by David Cranmer at 11:06 AM
Email ThisBlogThis!Share to TwitterShare to FacebookShare to Pinterest
Labels: Doctor Who, review, Science Fiction

A Brief Q & A with Garnett Elliott, author of Dragon by the Bay 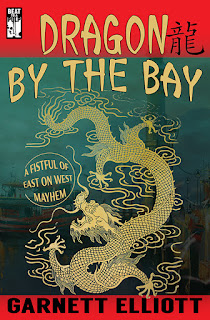 David Cranmer: In your latest novella, Dragon by the Bay, you seem to have found the true cause of the 1906 San Francisco earthquake, right?

Garnett Elliott: I don't want to commit any major spoilers here, but let's just say it was not due to tectonic activity as people claim. Generally, it's not a good idea to steal things from the lairs of Chinese dragons, as they have both a strong sense of propriety and a direct influence over natural forces. Especially when pissed off.

GE: Oh yeah. The movie was originally written as a western, and being a huge fan, I'd been trying to track down the original script on the net. When I couldn't find it, I decided I'd just go ahead and write my own version. It's not the same story, mind (so no lawsuits, please), but it's got a lot of the elements. Also, like the movie, it's been heavily influenced by Shaw Brothers kung fu films.

DC: Tell us a little bit about the plot.

GE: It's a buddy story, of sorts, packed with action and supernatural elements. The protagonist Carson Lowe is the son of missionaries to Kwangchow, so he speaks Cantonese and isn't a total fish out of water when exposed to Chinatown. But the real hero of the story is Liang Man, or "Manny," a chubby dumpling chef with as much courage as Kung Fu skill. Together, they go up against the corrupted Taoist immortal Twin Fury Xue, and his evil henchman Nine Serpents Hsien. The next to last chapter is a battle royale.

DC: You mention the Shaw Brothers. Any particular film a favorite?

GE: Since the arrival of Robert Rodriguez's awesome El Rey Network, I've been treated to dozens of Shaw Brothers' flicks. My favorites involve the 'Venom Mob' actors, most notably 'The Five Deadly Venoms,' 'Crippled Avengers,' and 'The Kid with the Golden Arm.' The stories are inventive and the athleticism on display will make your jaw drop. Another fun fact: My connection to Kung Fu movies predates El Rey. Back in 2001, my sister's house was used as a location set in Jet Li's The One. It's not a great movie by any stretch, but it sure was fun watching wire-work stuntmen make forty foot leaps from my niece's bedroom!

DC: What's next for Garnett Elliott?

GE: Well, I've got a story landing in Craig McDonald's anthology Borderland Noir, due out in October. Among others, it features work by Ken Bruen and James Sallis (of Drive fame), so I'd say I'm in good company. I'm also planning to start on a new Drifter Detective novelette entitled Two-Trick Pony.

DC: There are rumors it's curtains for Jack Laramie, The Drifter Detective. What can you reveal?

GE: You know what they say about rumors . . . though the full title of the novelette is Two-Trick Pony: The First and Last (?) Cases of Jack Laramie.
Posted by David Cranmer at 11:33 AM 2 comments:
Email ThisBlogThis!Share to TwitterShare to FacebookShare to Pinterest 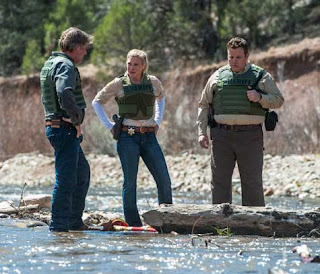 I've been binging on Longmire and here's the first result. Your thoughts on the season premiere and the following episodes are always welcomed. 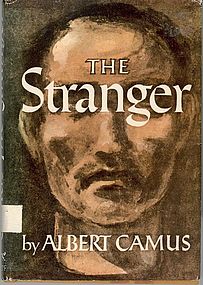 Back in high school did you have to read THE STRANGER by Camus? Over at Macmillan's Criminal Element I take a fresh look at this classic.
Posted by David Cranmer at 11:41 AM 2 comments:
Email ThisBlogThis!Share to TwitterShare to FacebookShare to Pinterest
Labels: Albert Camus, article, Criminal Element, Edward A. Grainger, literary, noir, The Stranger

Duck at the Lake 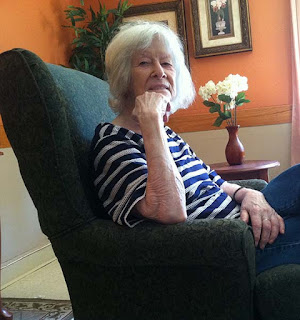 Our mom passed away this morning surrounded by a loving family. Tears flow for what we are missing but I'm thankful that she is now at peace. Years before, in the first stages of Alzheimer's, she would still spend evenings writing down old songs from her youth. Here's a favorite of hers, "I'll Be Seeing You." 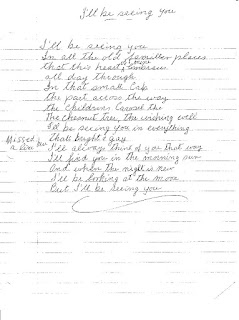