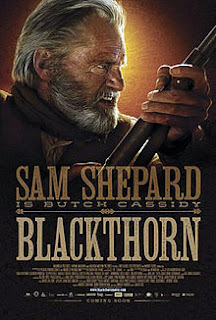 Posted by David Cranmer at 6:42 AM 2 comments:
Email ThisBlogThis!Share to TwitterShare to FacebookShare to Pinterest

Posted by David Cranmer at 7:23 AM 2 comments:
Email ThisBlogThis!Share to TwitterShare to FacebookShare to Pinterest

The Night Editor: The Rebirth of TOO LATE FOR TEARS

The Night Editor: The Rebirth of TOO LATE FOR TEARS: The 1949 TOO LATE FOR TEARS was one of the first discoveries I made when I began my descent into the dark universe of film noir. I've...
Posted by David Cranmer at 5:50 AM No comments:
Email ThisBlogThis!Share to TwitterShare to FacebookShare to Pinterest

The Voices in my Head: Six Guns at Sundown, by Eric Beetner - a review

The Voices in my Head: Six Guns at Sundown, by Eric Beetner - a review: The Blurb Seething hatred spurs The Lawyer forward, with a burning vengeance for his family slaughtered by seven hardened gunslingers. H...
Posted by David Cranmer at 4:29 PM No comments:
Email ThisBlogThis!Share to TwitterShare to FacebookShare to Pinterest

Posted by David Cranmer at 4:07 PM 1 comment:
Email ThisBlogThis!Share to TwitterShare to FacebookShare to Pinterest
Labels: BEAT to a PULP, review, The Drifter Detective, Torn And Frayed 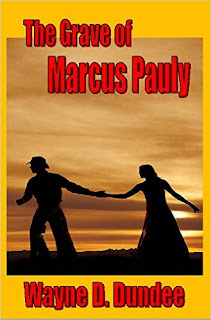 Annabelle Heath arrives in the town of Busted Bow looking for Ford Ramsey, an ex-con who rode with her uncle Marcus Pauly robbing banks shortly after the Civil War. Her aim is to ask Ramsey's help in locating Pauly's remains, somewhere in the rugged territory, so she can take them back to Missouri for a proper burial—which were her mother's last wishes. Of course, that will be anything but easy especially when Ramsey starts to suspect someone is following them, someone who may want the money that many believe Ramsey hid before being sent to prison. A highlight of The Grave of Marcus Pauly is the friendship that develops between the earnest but naïve Annabelle and the hardened former convict determined to finally do the right thing. Wayne D. Dundee (Manhunter’s Mountain, The Empty Badge) tells the story in his steady, unassuming, rhythmic precision that doesn’t let up until the final page.
Posted by David Cranmer at 8:48 PM 4 comments:
Email ThisBlogThis!Share to TwitterShare to FacebookShare to Pinterest
Labels: Charles Bickford, Four Faces West, Frances Dee, Joel McCrea, Joseph Calleia, The Grave of Marcus Pauly, Wayne D. Dundee

Posted by David Cranmer at 5:14 PM No comments:
Email ThisBlogThis!Share to TwitterShare to FacebookShare to Pinterest
Labels: BEAT to a PULP, Jack Laramie, review, The Drifter Detective, Torn And Frayed

Under Burning Skies: The Man Who Shot Liberty Valance, Junior Bonner, Waiting for a Comet

THE MAN WHO SHOT LIBERTY VALANCE (film, 1962)
Senator Ransom “Ranse” Stoddard (James Stewart) and wife Hallie (Vera Miles) return to the town of Shinbone to attend the funeral of old friend Tom Doniphon (John Wayne). Through a flashback we learn of what ties them altogether—specifically the sadistic villain Liberty Valance played by Lee Marvin. What more can be said about this John Ford directed classic except with each passing year a central theme of guns vs. law continues to be debated in parts of this county which is sad to my way of thinking. Film shot in stark black and white only ages in some of its hackneyed comic subplots, usually involving the coward sheriff (Andy Devine) or drunken town editor (Edmond O’Brien). Interesting to note Ford’s subtle presentation of African American Pompey (Woody Strode) who is shown on the community’s fringes like an observant, silent, all-knowing arbitrator: not saying the film was the gold standard of progressive thinking but it was a necessary step in the right direction.

Classic quote: “When the legend becomes fact, print the legend.”


JUNIOR BONNER (film, 1972)
Steve McQueen plays a modern Western cowboy as a rodeo champion Junior ”JR“ Bonner who returns to Prescott, Arizona, to reunite with his parents and brother and ride the unruly bull, Sunshine. Junior turns down a job from his arrogant salesman brother Curly by saying, “I gotta go down my own road.” “What road?” Curly replies, “I mean, I'm workin' on my first million, and you're still workin' on eight seconds.” The film bombed at the box office—director Sam Peckinpah remarked, ”I made a film where nobody got shot and nobody went to see it.”—but it’s now considered a film classic. A rousing crowded bar-room scene where the entire Bonner family and friends end up brawling but nobody is seriously injured is a hoot.

WAITING FOR A COMET (Jo Harper Book 1, 2014) by Richard Prosch
Jo Harper is a twelve-year-old girl. She and her father, the publisher of the Willowby Monitor in Wyoming circa 1910, live alone after Jo's mother died years earlier. Things change when new constable Abigail Drake arrives with her pet calf. Jo finds a friend/mentor in Abigail and an unlikely adventure is in the works. A real joy to read this Y/A slice of Americana in the Mark Twain tradition who's referenced in the book (fellow Western author Wayne D. Dundee links similarities to Rooster Cogburn). Richard Prosch's (Holt Country Law, Devil’s Ledger) natural storytelling abilities hits all the emotional notes in this entertaining tale that adults as well as teens will find engaging.
Posted by David Cranmer at 11:16 AM 9 comments:
Email ThisBlogThis!Share to TwitterShare to FacebookShare to Pinterest
Labels: James Stewart, John Wayne, Richard Prosch, Steve McQueen, Westerns
Newer Posts Older Posts Home
Subscribe to: Posts (Atom)