A pithy (seventy-one pages) comedic story recounting the tale of Joaquim Soares da Cunha who abandons his respectable life to become Quincas Water-Bray, a “champion drunk” and leader of various bums, prostitutes, and other dubious people his prissy family view as lowlife. When he dies (with a content smile on his face) his family outfits him in respectable garb and prepares for his funeral. However, his drunken friends decide to swipe the body—after putting the deceased's more comfortable clothes back on—and gives him one last jaunt about town. A laugh out loud read especially toward the end when Quincas somehow gets into a bar fight and the best passages finds his loopy friends viewing him as very much alive conversing, drinking, and laughing with them.

Note: The original 1959 Brazilian title is THE TWO DEATHS OF QUINCAS WATERYELL.
Posted by David Cranmer at 7:36 AM 2 comments:
Email ThisBlogThis!Share to TwitterShare to FacebookShare to Pinterest
Labels: Brazil, Jorge Amado, literary, reading 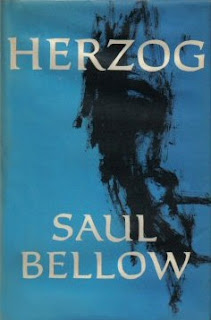 "At this time he had no messages for anyone. Nothing. Not a single word."
Posted by David Cranmer at 3:49 PM 7 comments:
Email ThisBlogThis!Share to TwitterShare to FacebookShare to Pinterest


*****
Posted by David Cranmer at 12:30 AM 2 comments:
Email ThisBlogThis!Share to TwitterShare to FacebookShare to Pinterest
Labels: Cranmer, family 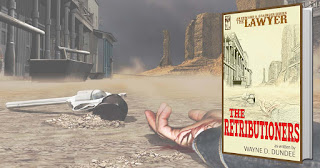 J.D. Miller, aka The Lawyer, continues to hunt the men that slaughtered his family. His next target is Jules Despare who’s been riding with the Selkirk gang robbing banks. When the town of Emmett, Texas, is marked by the hardcases and the local marshal murdered, The Lawyer is asked by the town’s influential residents to track down the reprehensible outfit. But he has little use for the narrow-minded bigots that won’t stand behind the remaining deputy—a black man named Ernest Tell. After Tell resigns, he suggests a partnership with The Lawyer who refuses. It’s obvious, though, these two avengers are gunning for the same men and will eventually work together to settle old scores in THE RETRIBUTIONERS.

And click here for Wayne talking about writing the second adventure in the Lawyer series.
Posted by David Cranmer at 3:51 PM 4 comments:
Email ThisBlogThis!Share to TwitterShare to FacebookShare to Pinterest
Labels: hardboiled, The Lawyer: The Retributioners, Wayne D. Dundee, western

Randy Johnson was quick on the review. In the early days of BEAT to a PULP I would marvel at how fast I would release a book and his thoughtful appraisal would appear. Same day and often in the first few hours. I started thinking of Randy ahead of publication—his name would be at the top of my list of individuals to send a print copy. But I found his electronic review still popping up with lightning speed on Amazon, Goodreads, etc. Turns out he wouldn’t wait for the snail mail delivery and buy the ebook. He explained in an email that he had health issues and spent a majority of his time reading. It was his pleasure to do so he told me. I’m chuckling thinking about the one time I'd inadvertently forgot him (just by about an hour or so at the most) and didn’t want him to spend his money. I hastily wrote:

﻿﻿Randy,
I have a copy coming your way later this morning in eBook format and I'll plop one [print] in the mail.
Best,
David

His within seconds reply:

I appreciate the offer, David. But I purchased a copy this morning. Looks good.

So Randy became one of the core supporters that I would often send an advanced reading copy. Reviews are essential to an independent publisher and his continuing act of kindness over the last seven years will never be forgotten.

But much more than that, I treasured his random emails and occasional direct messaging on Facebook. (Often he would just say "good morning" when he saw me online.) He knew I was a fan of Longmire and would leave comments on the reviews I was doing for Criminal Element. He was the first to write and lament, "They cancelled Longmire! Damn!" And Randy appreciated my character of Gideon Miles—an African American US Marshal—that I loosely based, in part, on Bass Reeves. An early letter:

Randy Johnson here,
Don't know if you watch the Elmore Leonard series JUSTIFIED on FX. I thought about you watching tonight's episode. One of the characters asked someone if they'd "ever heard of Bass Reeves. Somebody ought to tell Denzel about him." Cheers

I'll deeply miss this friendship. He made a difference in my life and many others. R.I.P. comes to mind but doesn't seem to fit here. Randy was a metal fan and though I didn't share that particular interest I took delight in his enthusiasm for the music he loved. So instead of rest in peace--Rock on, old friend.
Posted by David Cranmer at 5:23 PM 11 comments:
Email ThisBlogThis!Share to TwitterShare to FacebookShare to Pinterest
Labels: friendship, Randy Johnson
Newer Posts Older Posts Home
Subscribe to: Posts (Atom)