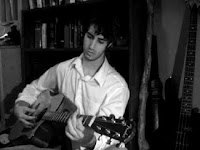 Who are your primary influences and why?

I was originally influenced by the life of Jim Morrison when I began writing because he was the first character in my life, or in a book, or in history that I was able to naturally and genuinely identify myself with as a young man. After Morrison grew out of fame and pop culture, he walked around a lot anonymously; in gardens and mazes and throughout some of the most remarkable cities in the world. He was determined to live up to his own identification with the greatest of the poets. I believe he wrote about 1600 poems in his life, and I think eventually a clearer visage of history will deign to adequately respect his achievements in literature. I’ve thought that the identity of a poet (or of my conception of the life of a poet) was a blessed and noble ideal since I was very young ... and part of that was inspired by Morrison.

It wasn’t until I began to read Vladimir Nabokov, and soon after Arthur Rimbaud, that I began to appreciate writing (and literature) “in itself” and devoid of any relationship to the formation of an identity or to a philosophical ideal or something like that. A girlfriend had left Lolita at my house when I was seventeen and I was obsessed with the fey solipsism of the character Humbert Humbert. Not so much for his horrid affinities, of course; but, in order to imitate the genius of Humbert’s hand, I had to greatly expand my use of the English language. I wrote all the time and studied literature feverishly for a couple years after that, and I really learned to love the art of language. Rimbaud’s “A Season in Hell” is something that I came across in that time. It’s one of the most originally brilliant, eccentric and exciting articles that I have ever read in my entire life. I think I’ve read all of Paul Schmidt’s translations of Rimbaud by now, and I have to assent that I’ve been irrevocably inspired, and maybe even to an extent complimented by my postured fidelity to Rimbaud’s work.

Why write poetry? It is known to be a hard sale, and, with the exception of a few chosen, most poets would go hungry trying to make a living from it.

I never really thought about that until after I had been writing poetry for many years. When I began writing I was a teenager, and an idealist, and I remember being passionately determined to learn about different ways that I could survive and be happy without living by money. I don’t want to make a living as a poet as much as I want to perfect myself as a writer for my own private joys. I like poetry the most as a form of expression because of any of the art forms that I know of, it offers your audience the greatest degree of participation on the part of their own mind. And not just their active consciousness. A great poem can access thoughts and feelings that you may not have been aware you had. Pieces of your life that aren’t always current or held together. For example, a poem can return to you dreams that you will never remember but have shaped you forever, once long ago, and you may or may not know why. I think it’s fascinating, exciting, and important to provoke and expand your mind, and reading and writing poetry is a fantastic way to do that.

A lot of your poetry touches on nature and your fondness for it. Where does that come from?

It’s very hard for me to reminisce genuine moments of happiness from my life, and the few that I can afford are from a childhood replete with explorations and adventures in the forests. That and much of my early work was written by the side of a large secluded pond on my parent’s property.

What’s next on your agenda?

Well, my plan is to organize a few more volumes of my earlier work and get it out there so that I can focus on the creative element of writing again ... the fun part.

How to Stay Ahead by Patti Abbott

Patti Abbott returns to BEAT to a PULP with "How to Stay Ahead." You will not want to miss this one.

I’m editing a collection of poems for BEAT to a PULP.

Now, poetry and I have always had a sparse relationship. As a kid I liked Robert Frost and Emily Dickinson, both introduced to me in school. Then along the way, in my twenties, I bumped into Sylvia and Ted plus a Lizard King who had also opened up some other doors to me. Lately, it's been Charles Bukowski.

When it comes to poetry, either it speaks to me or it doesn't, and most of the time I prefer the raw not-yet-pigeonholed style. The collection I’m working on has all this. It will be ready soon along with an interview to introduce you this new and superb writer.

I’m curious to hear from you ... how does poetry speak to you and who are some of your favorite poets?
Posted by David Cranmer at 6:41 PM 16 comments:
Email ThisBlogThis!Share to TwitterShare to FacebookShare to Pinterest
Labels: BEAT to a PULP, Charles Bukowski, Emily Dickinson, Jim Morrison, poem, poetry, Robert Frost, Sylvia Plath, Ted Hughes

Preferred Customer at BEAT to a PULP 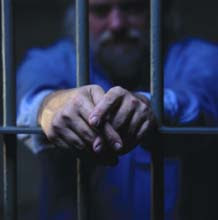 In fond remembrance of Mike Sheeter, who passed away on June 5, 2012, we are rerunning his fine story, Preferred Customer, that first appeared in April 2009.
Posted by David Cranmer at 9:17 PM 3 comments:
Email ThisBlogThis!Share to TwitterShare to FacebookShare to Pinterest
Labels: BEAT to a PULP, Mike Sheeter 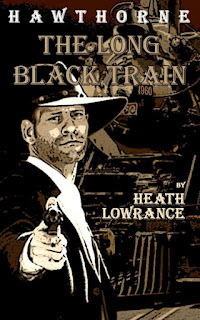 I have a lot of fun reading these Hawthorne tales by Heath Lowrance. A mash-up of western and horror and I guess best described as weird west stories. They clip right along and can be read in less than thirty minutes and at $0.99 is the right price.

This time out it is hell on wheels as a simpering madman, possessed by dark magic, transforms a night train into a rolling charnel house. Hawthorne comes face-to-face with an evil beyond imagining.

Hawthorne: The Long Black Train is now available at Amazon.

I saw this obit at one of our favorite stomping grounds, Out of the Gutter, and immediately had that deadening sickness in my chest that comes when a friend has passed. I’m sending this e-mail (and posting online soon) with hopes you respond and just say it’s a joke, another Mike with the same name, or anything amigo. But it isn’t coming, is it? I raise a beer and many more, sir.

I remember when we were assembling BEAT to a PULP: ROUND ONE and there was no doubt we wanted “The All-Weather Phantom” as one of our stories in the batch. And, when you and I signed on to write/interview for OOTG, I remember our back and forth e-mails on what we would pen, your real-life adventures and the folks you met in your life that would give Hemingway or London a run for their money. I hope to hell it has been written down somewhere. Our letters only offer a peek into a life lived to the fullest.

I wish we had met and had a drink and I wish I would have an honor to publish another one of your terrific short stories. But I was honored to do it twice.

*Mike's family kindly wrote back and mentioned that the last song he downloaded was Levon Helm singing "When I Go Away." It's now a favorite of mine as well.
Posted by David Cranmer at 3:26 PM 14 comments:
Email ThisBlogThis!Share to TwitterShare to FacebookShare to Pinterest
Labels: Mike Sheeter

I’ve been traveling for the day job and staying at a campsite when a severe thunderstorm and tornado warning hit the area. A good friend called to say Little d, Ava, and I could stay with them for the evening. I said no at first because quite often these warnings don’t amount to much. Plus I was this close to finishing the re-issue of Heath Lowrance’s THAT DAMNED COYOTE HILL. An hour went by and I had just hit the KDP publish button when my attention turned to the swirling wind outdoors. I stepped out and watched the dancing lightning light up the rainless night sky like a carnival. I went back in to check the NOAA weather report--70mph winds--then my friend called back to say there was an alert on her phone and things could get serious. My girls and I jumped into the Jeep and made a dash for my friend’s house. A downed power line and fallen tree diverted us so we took another route only to come to another tree across the road. We called my friend to say we couldn’t make it through, but she and her husband arrived in their truck with chains and pulled the tree out of the road. Finally we arrived safely at their home. 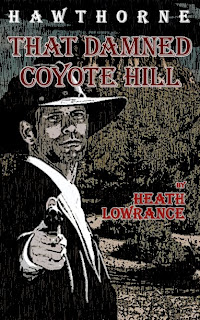 I didn’t see any supernatural happenings Friday night like in COYOTE HILL, but it was a helluva adventure and an exciting way to start BEAT to a PULP’s association with the talented Mr. Lowrance.

Beginning tomorrow (or Wednesday) THAT DAMNED COYOTE HILL will be free for five days, and I hope you jump at the chance of owning this kick-ass novella. A second Hawthorne title, THE LONG BLACK TRAIN, will be on the way soon.

Here is the Amazon link for THAT DAMNED COYOTE HILL.