BTAP #48: One Night Near Hangtown by James Reasoner

Labor Day 2009, I’m checking my inbox and sitting there is an email from James Reasoner... with a story. Now, it wasn’t completely unexpected because we had talked about it before but still... it’s a story from James Reasoner! I’ve been a fan for years, so I let the moment soak in and then wondered: Is it a western or a crime story or maybe another sea yarn like he wrote for Dave Zeltserman’s superb final issue of Hardluck Stories.

The title, One Night Near Hangtown, might suggest a western, right? And while James had mentioned to me that it involves early western movie star, Buck Jones, it’s not what you’re thinking when he pairs up Buck with an unlikely friend, just in time for more Halloween thrills. He called the story "whimsical"—I call it truly unique.

It’s a great honor to have James Reasoner at BEAT to a PULP with One Night Near Hangtown.

Next week: "Mortification" by Sophie Littlefield
Posted by David Cranmer at 8:38 AM
Email ThisBlogThis!Share to TwitterShare to FacebookShare to Pinterest
Labels: BTAP, ezine, pulp

The Lodger: A Story of the London Fog by Alfred Hitchcock

For more information about this silent film and some interesting facts, check out this Wikipedia link.
Posted by David Cranmer at 5:30 PM No comments:
Email ThisBlogThis!Share to TwitterShare to FacebookShare to Pinterest
Labels: silent film 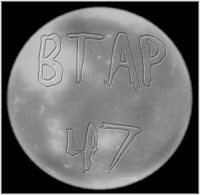 Charles delivered one of BTAP's best received stories back in January and I quickly tapped him for a horror piece, a genre that he's well-known for writing as followers of his standout Razored Zen blog can attest to. Well, Charles did one better with a chilling tale set in space, giving double meaning to the word 'unearthly' not to mention BTAP's first sci-fi horror piece. For a pre-Halloween shiver, here’s Hunter’s Moon.

Next week: "One Night Near Hangtown" by James Reasoner
Posted by David Cranmer at 1:20 PM
Email ThisBlogThis!Share to TwitterShare to FacebookShare to Pinterest
Labels: BTAP, ezine, pulp

"The knives of jealousy are honed on details."

"One is either a story-teller or one is not. And if you are a story-teller, and it is possible for you to write, you will start writing stories."

"I think to be driven to want to kill must be such a terrible burden."

"I try, and I think I succeed, in making my readers feel sorry for my psychopaths, because I do."

"I think about death every day - what it would be like, why it would happen to me. It would be humiliating to be afraid."

"I would think that the old-fashioned detective story which is so much a matter of clues and puzzles, is certainly on the way out, if not already gone. Crime novels now are much more novels of character, and novels which look at the world we live in."

"Writing is, while the process going on, a very private thing for me. I understand, I quite like the idea that some people write something and they read or show it to a friend or a companion or somebody they live with, and discuss it. But to me that's impossible. If I do that, the whole thing falls apart. It's as if it's brought into the light of day, and reality destroys it. I never discuss it at all."

"To be a classic, a novel should be original."

Ruth Rendell interview and her thoughts on English tea.
Posted by David Cranmer at 6:45 PM
Email ThisBlogThis!Share to TwitterShare to FacebookShare to Pinterest
Labels: quote

BTAP #46: Another Carrot by David Fleming

I reach out to grab the phone and my knuckles smack into an empty whisky bottle. The bottle connects with an overstuffed ashtray and the whole lot goes ass-over-tits onto the floor. By some sort of miracle the bottle bounces on its thick end, rolls under the bed and scares the cockroaches. It's the ashtray that hits the hard floor and breaks apart.

Sunlight slants through the rickety blinds and punches me in the face. My head feels like there's hyenas living in it. I roll over, shut my eyes and pick up the receiver.

There are more clips of Melvyn Bragg's interview with the always fascinating Ms. Highsmith.
Posted by David Cranmer at 5:52 PM
Email ThisBlogThis!Share to TwitterShare to FacebookShare to Pinterest
Labels: clip, video

BTAP #45: The Year of the Dragon by Stephen D. Rogers

Last time I was home, digging through some boxes, I came across an old issue of Ellery Queen Mystery Magazine with the following poem:

"On My Mark"
By Stephen D. Rogers

Stephen D. continues to entertain with the thrilling tale "The Year of the Dragon" at BEAT to a PULP.

*Poem used with permission of the author.
Posted by David Cranmer at 6:55 PM
Email ThisBlogThis!Share to TwitterShare to FacebookShare to Pinterest
Labels: BTAP, ezine, pulp 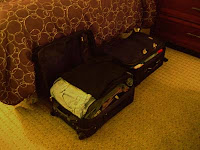 I've gotten emails from some folks asking why my blog comments are turned off, so I thought I should mention again that I'm traveling for work and will be for the rest of the year. Internet access is sporadic at the moment and beginning next week I doubt I'll have access at all.

But fear not BTAP readers, I have an amazing support system with Elaine and dMix and the Weekly Punches will continue to roll out with some incredible surprises in store (hint: two of the biggest pulp writers on the planet and a writer who is sizzling with her latest novel deliver knockout blows).

Also, we've received some terrific submissions for the BEAT to a PULP print anthology planned for late 2010. I still need pirates! C'mon, who hasn't watched the swashbuckling films of Errol Flynn, Burt Lancaster and Johnny Depp and then wanted to tell a seafaring adventure of their very own. Aye, mate? Please keep in mind, it may take several months before you receive an acceptance notice due to the high volume of submissions and sorting process.
Posted by David Cranmer at 11:20 AM
Email ThisBlogThis!Share to TwitterShare to FacebookShare to Pinterest
Labels: random, travel

I'm in Newark, of all places, for a fertilizer conference. Which means I spend the weekend kissing ass in hopes of scoring five-percent discounts. You don't manage two thousand acres these days without sucking up to someone, be it suppliers or lobbyists or government lackeys. Fucking politics, man. This is what American farming has become.

Next: Stephen D. Rogers's "Year of the Dragon"