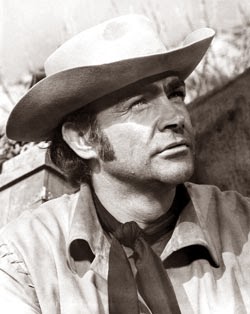 What fictional detective would you like to be and why?

Garnett Elliott answers this and a few more questions. My name is mentioned in the interview and that's always exciting, right? Take a look here.

And not to be outdone, Thomas Pluck talks Ninjas, "Write the book you want to read," and, you guessed it, David Cranmer.

My thoughts? Well, Garnett and Pluck are damn fine human beings and I owe them so many rounds of beer that I really need to start selling a few more books. *Hint*
Posted by David Cranmer at 8:19 PM 2 comments:
Email ThisBlogThis!Share to TwitterShare to FacebookShare to Pinterest
Labels: BEAT to a PULP, Garnett Elliott, Tony's Thoughts

Department of Lost Stories‏: A Professional Job by Walter Tyrer

Keith Chapman sent me a very pleasant gift this week, and I thought it'd be best to let him tell the story because a Chapman e-mail is almost as entertaining as the gift. Here's Keith:

A short story by a British writer with some reputation in US crime-fiction circles has come to light after being lost for 50 years. It's deserving of publication and, more to the point, I believe BTAP might be a natural home for it in 2014. 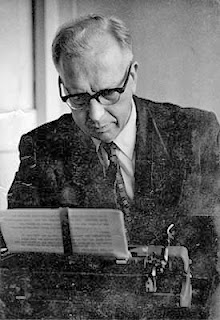 Walter Tyrer (1900-1978) was a writer of all manner of genre fiction from the age of 21 through to his early seventies. He was a contemporary of, and on first name terms with, the more famous Edgar Wallace who died in Hollywood in 1932. Many of Wallace's famous thrillers were first published or serialized in the US pulps (Short Stories, Argosy, Adventure, the Popular Magazine, Complete Detective Novel Magazine, Saturday Evening Post, etc).

Our man Tyrer went on in the 1940s to become a respected contributor to the detective novel series featuring Sexton Blake. His stories were notable for capturing the grimness of life in wartime and post-war Britain. His austere settings captured the mean streets, the pubs, the factories, the tawdry amusement arcades, and so on. His characters were often brilliantly drawn "little" men and women. Eventually, all this fell out of favor as the public sought stories that celebrated the coming glamor and glitter of the 1960s. Tyrer, I believe, turned to writing stories for the women's romance magazines, and novels for Robert Hale. He also wrote the novel Such Friends Are Dangerous (Harper & Row) which is still considered a minor crime classic (see Steve Lewis's Mystery File) and was optioned by 20th Century Fox.

In 1964, I persuaded Tyrer to contribute to the Edgar Wallace Mystery Magazine, which I suggested, founded, and edited while working for Micron Publications, a small, rival concern to the mighty Fleetway Publications (formerly the Amalgamated Press) who were Tyrer's major long-term publishers. Tyrer worked for several of the Micron lines under the guise of "J. T. Lang."

Unfortunately, Micron was under-capitalized and went bankrupt. The Wallace family rightly reclaimed their rights to the EWMM title, and (wrongly in my biased opinion) appointed a new editor, veteran crime writer Nigel Morland, who took the magazine in a more "literary" direction, dumping the full-color illustrated covers, etc.

I think Edgar Wallace would have been appalled. As I've mentioned, many of his stories first appeared in the popular American pulp magazines of his time, whose methods of presentation tended to favour the colorful, if not the downright lurid. He wrote for what was regarded as the "sensational" end of the market, and this was not the derogatory term it might be thought today but indicative of content that enjoyed mass appeal.

The Micron writers were also appalled, especially when due payments from the company were not forthcoming. Tyrer wrote to me: "I wonder what Edgar Wallace's daughter would think of this treatment of writers by a firm who are presumably licensed to use his name. I knew Edgar well enough to guess what he would have said."

Being unemployed as a consequence of the complete dissolution of Micron's editorial department, I was in no position to fight for the magazine I had suggested and created, or for the various comic-book series I had also edited for the company. Tyrer wrote: "I believe you have a grievance much more serious than my own."

Fast forward to February this year... Our writing friend Gary Dobbs discovers a Walter Tyrer book in a secondhand bookshop in Cardiff, Wales, and blogs about it. In a nostalgic mood, I rummage through the old EWMM files in the basement of my home in New Zealand and unearth some of Tyrer's letters. And lo and behold, attached to one of them is the 12-page typescript of a short story!

The story is titled "A Professional Job," and it is exactly that in more ways than the author intended. It may subsequently have been submitted and published elsewhere, perhaps even by Morland and the Wallace family, although this seems unlikely and I can find no record.

I have contacted Nick Osmond, of Hoonaloon Books (who is a great fan of Tyrer's work), and through him one of Tyrer's daughters, Mrs Jennifer de Fries. She has emailed:

"As to my father's manuscript which has turned up, I suppose after such a long time any rights would belong to me or my sister and we would be very happy to waive such rights.  I'm delighted of hear of anyone interested.  I am too sentimental to throw away a large pile of  Walter Tyrer stories in the Sexton Blake series, also several hard-backed novels under his own name as well as pseudonyms J. T. Lang and Oliver Seed ...  Please give the go-ahead to your enquirer;  I'd [be] interested to read this hidden gem if that's possible."

After 50 years, I find "A Professional Job" a small example of noir-ish, hardboiled UK crime fiction evocative of its period. More importantly perhaps, it is well- and long-deserving of publication. So far I've produced an OCR version of the typescript. Would you be interested in seeing it?


Needless to say, I immediately wrote back to Keith and said I'd be very honored in publishing Mr. Tyrer's story. Without further ado, here is Walter Tyrer at BEAT to a PULP with "A Professional Job."
Posted by David Cranmer at 8:00 PM 13 comments:
Email ThisBlogThis!Share to TwitterShare to FacebookShare to Pinterest
Labels: Edgar Wallace, Gary Dobbs, Keith Chapman, Sexton Blake, Walter Tyrer


"I want you to, ah, to stay out in the cold ... a little longer."
Posted by David Cranmer at 5:51 AM 3 comments:
Email ThisBlogThis!Share to TwitterShare to FacebookShare to Pinterest
Labels: Alec Leamas, John Le Carre, Richard Burton, spy, The Spy Who Came in From The Cold

The Dame, The Doctor, and The Device 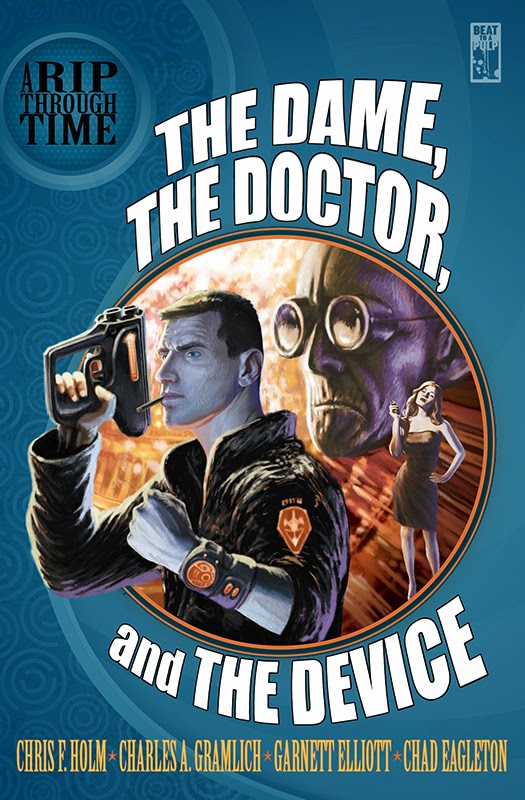 A Rip Through Time: The Dame, The Doctor, and The Device reboot is live with a new cover, edit, and flash piece. To celebrate the return of everyone's favorite cigar-chomping, ass-kicking time cop, BEAT to a PULP is offering it as a free ebook for the next five days. Its also available in a beautiful paperback edition that highlights Chuck Regan's marvelous art work.
Posted by David Cranmer at 9:47 AM 5 comments:
Email ThisBlogThis!Share to TwitterShare to FacebookShare to Pinterest
Labels: A Rip Through Time, BEAT to a PULP, Simon Rip, time travel 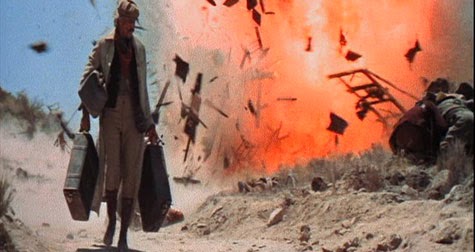 My review (writing as Edward A. Grainger) of James Coburn's Duck, You Sucker! is live at Criminal Element. Drop by, leave a comment, and I'll say thank you. What more could you ask for, right?

From the Amazon Peanut Gallery

Sometimes a spiteful or half-baked criticism comes along that really makes me chuckle. This is far from the worst that I've been blessed with as it's kinda sorta a good review with the three stars.

Here's the nugget: “I don't like short stories and this is a collection of them.”

Gotta wonder why he picked it up at all since that's laid out in the first ten words of the book description but, I know, I know ... it was a freebie. Then he doubles down at the end with, “I don't like short stories at all, so that is why the 3 stars not because it is bad in any way”

Not bad, though! It's now taped to the right of my computer.
Posted by David Cranmer at 8:15 AM 14 comments:
Email ThisBlogThis!Share to TwitterShare to FacebookShare to Pinterest
Labels: Cash Laramie, From the Peanut Gallery, Gideon Miles, reviews, The Reviews Are In! 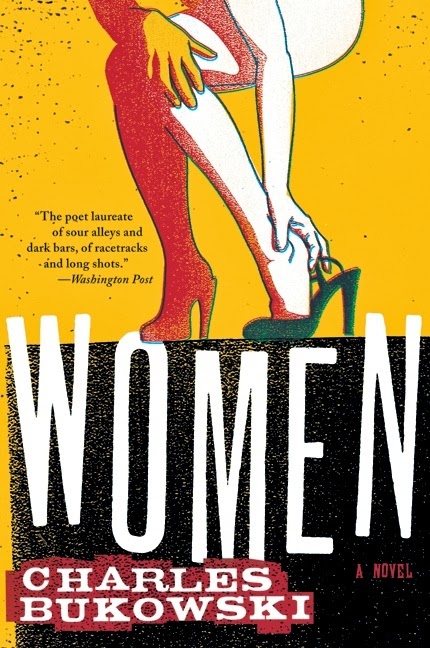 I'm not sure what initially sparked my interest in reading Charles Bukowski, but once that tap opened, I went on a steady diet of Buk's work for quite some time. I became such a fan, that I got Kyle Knapp hooked on the candid writer when Kyle was searching for some inspiration of his own. I had lent him Women and several others (Post Office, Notes from a Dirty Old Man), and we had lengthy discussions on the raw material.

January 16, 2013. Kyle sent an email with the header 'ode to Bukowski' and attached was a poem titled Women in Acrostics with a note, "Do you remember this scene in "Women?" It was very funny." -Kyle

So, on this 20th anniversary on Bukowski's death, I thought we'd honor his remembrance with not just Kyle's poem but two other amazing tributes from Gerald So and Adrian Manning (via Silver Birch Press) in the appropriately titled "Another Round for Bukowski" (thanks, Gerald!).
Posted by David Cranmer at 2:42 PM 3 comments:
Email ThisBlogThis!Share to TwitterShare to FacebookShare to Pinterest
Labels: BTAP, Charles Bukowski, Gerald So, Kyle J. Knapp, poem, poetry

BEAT to a PULP: Hardboiled 3 is "like a punch to the throat." And, for the literary minded folks, that means it's good. 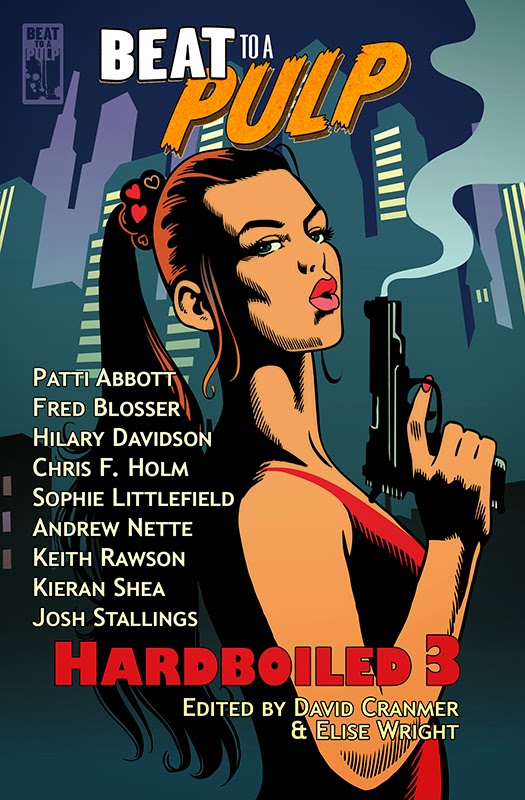 Posted by David Cranmer at 3:09 PM 2 comments:
Email ThisBlogThis!Share to TwitterShare to FacebookShare to Pinterest
Labels: BEAT to a PULP, Hardboiled 3, Mystery Scene

Cathi locates the heart of the matter, Tony longs for powerful hooks, and Kevin follows a complicated tale.  Me? I'm just happy to have such generous friends that take the time.
Posted by David Cranmer at 7:07 AM 2 comments:
Email ThisBlogThis!Share to TwitterShare to FacebookShare to Pinterest
Labels: Cathi Stoler, reviews, Tony's Thoughts, Women of Mystery

It will take more than dying to keep him from finding the truth. Book #2 is now available. 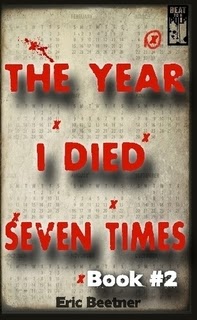