Mark Twain (1835–1910) was never one to pull punches on politics, ethics, religion, slavery, or just about any cultural flashpoint, quite often leading public discourse on a number of weighty issues where his views, even today, still function as a moral compass. Twain approached each topic with wry humor, reminding us, “If you cannot have a whale's good opinion except at some sacrifice of principle or personal dignity, it is better to try to live without it. That is my idea about whales.” 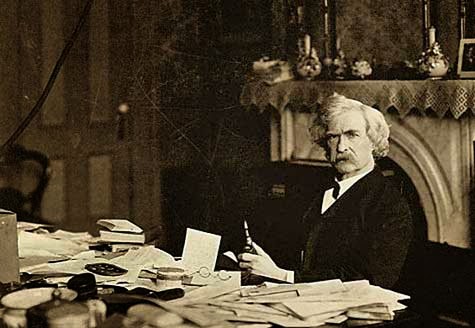 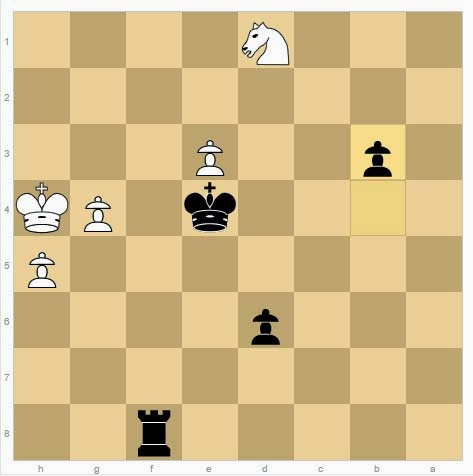 I'm waiting for white to move. This has been a hard fought battle though my opponent isn't out of the game yet. “Easy, you know, does it, son.”
Posted by David Cranmer at 8:11 PM 9 comments:
Email ThisBlogThis!Share to TwitterShare to FacebookShare to Pinterest
Labels: chess

This article reminded me a bit of BLADE RUNNER's replicants created by the Tyrell Corporation. In particular, Rachel's implanted false memories. It seems, based on this piece, its just as easy a Jedi mind trick on flesh and blood.
Posted by David Cranmer at 6:17 AM
Email ThisBlogThis!Share to TwitterShare to FacebookShare to Pinterest
Labels: article, Blade Runner 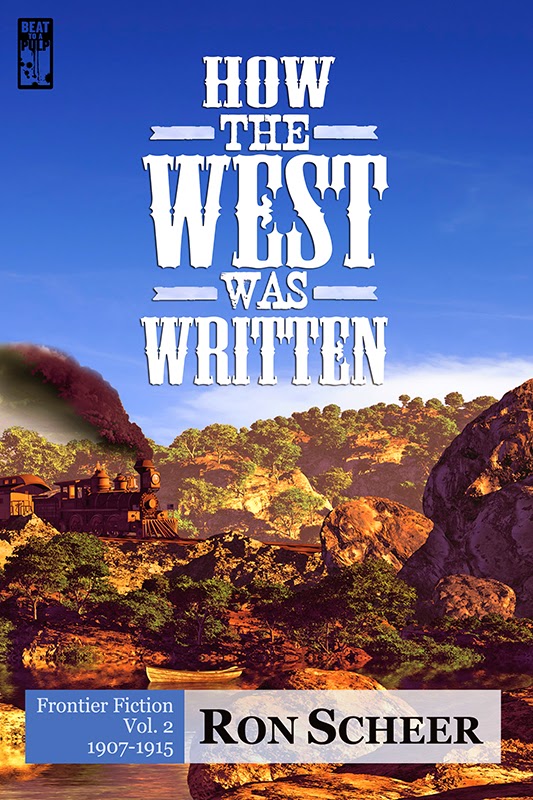 During the years 1907–1915, frontier fiction boomed with new writers, and the success of Owen Wister’s The Virginian (1902) began to make itself felt in their work. That novel had made the bestseller lists for two years running. With the continued popularity of Buffalo Bill Cody’s Wild West show, and the appearance of one-reeler westerns on movie screens, many featuring the adventures of Bronco Billy Anderson, the cowboy hero was becoming an established mythic figure in the public imagination.

For writers of popular fiction, the frontier was also a subject for exploring ideas drawn from current public discourse—ideas about character and villainy, women’s rights, romance and marriage, democracy and government, capitalism, race and social boundaries, and the West itself. With each new publication, they participated as well in an ongoing forum for how to write about the West and how to tell western stories. Taken together, the chapters of this book describe for modern-day readers and writers the origins of frontier fiction and the rich legacy it has left us as a genre. It is also a portal into the past, for it offers a history of ideas as preserved in popular culture of a century ago that continues to claim an audience today.

How the West Was Written: Frontier Fiction, Vol. 2, 1907-1915 by Ron Scheer is now available in print and Kindle formats.

Praise for How the West Was Written: Vol. 1

“This is a splendid study of early western fiction, most of it written contemporaneously with the settlement of the American West. A surprising number of women authors are included among the sixty-some novels reviewed by the author. The book offers penetrating, rich, and lucid examinations of these early novels, and gives us a good understanding of where western fiction came from and how it has evolved. Highly recommended.”

“[Ron Scheer’s] scholarship is meticulous and the book is an enlightening contribution to American literature with this study of the Western, its roots and its themes. I’m proud to have it on my bookshelf. It’s unique in the canon, as far as I know.”

Sunrise Over The Mountain

SUPERPOWERS CLASH on the DEADLIEST PLANET in the SOLAR SYSTEM ...
Fog-shrouded Venus had refused to give up her mysteries, until the USSR sent their best and brightest on a top-secret scientific mission. Now the crew of the Krasnyy Sokol, led by gorgeous Cosmonaut Nadezhda Gura, must brave a hellish hothouse of jungle swampland crawling with monstrous life. It’s Russians and rayguns against a death planet—and that’s before the Americans show up.
At 17K words, RED VENUS is a slam-bang trip on atomic-powered rockets, seen through the eyes of the East. Read it, tovarisch, and experience a part of the solar system that never was.
* * * * *
Praise for Garnett Elliott and RED VENUS:
“Garnett Elliott takes the Cold War into space in this rip-roaring planetary adventure tale that wouldn't be out of place in the browning pages of an old issue of Imagination or Imaginative Tales, two of my favorites from the ’50s. Check it out!”
—Bill Crider
Anthony Award-winning author
* * *
“Garnett Elliott’s RED VENUS is an exciting science fiction thriller that is at once pulpy yet high tech, crackles with sharp characterizations, a full-tilt pace, plenty of twisty surprises, and action galore … Oh, and did I mention the hostile planet teeming with fierce, grotesque creatures who fly and crawl and ooze out of the muck to relentlessly stalk and strike at practically every turn? Buckle up tight and get ready for a maximum-G thrust into outer space adventure!”
—Wayne D. Dundee
Author of Fugitive Trail, By Blood Bound
and the Joe Hannibal series
* * *
“RED VENUS is a solid, old school pulp sci-fi story, equal parts adventure and intrigue. But it’s also an insightful ‘what if’ narrative … a terrifically fast-paced alternate history with great characters and pacing. I loved it, and I'm pretty damn hard to please when it comes to sci-fi.”
—Heath Lowrance
Author of Hawthorne: Tales of a Weirder West
Posted by David Cranmer at 7:08 PM 2 comments:
Email ThisBlogThis!Share to TwitterShare to FacebookShare to Pinterest
Labels: BEAT to a PULP, Garnett Elliott, Red Venus, Science Fiction 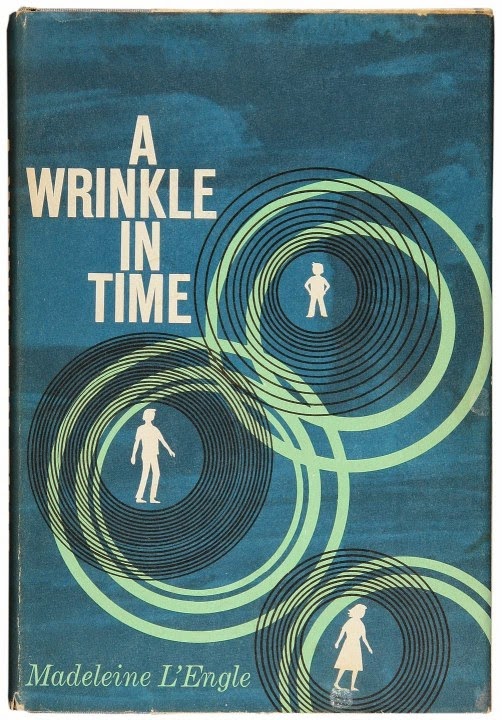 I'm at Macmillan's Tor.com with Fifty-Three Years On: Would A Wrinkle in Time Make the Grade Today? Love to have you stop by there and drop two cents worth.
Posted by David Cranmer at 10:23 AM No comments:
Email ThisBlogThis!Share to TwitterShare to FacebookShare to Pinterest
Labels: A Wrinkle in Time, Macmillan, review, TOR
Newer Posts Older Posts Home
Subscribe to: Posts (Atom)