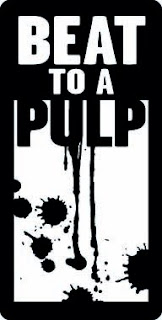 It's ages since he had his last attack.
These days she knows when one's about to strike
and sends an urgent warning to the phone
he keeps in readiness next to his heart—
reverberations that he daren't ignore.
Though kneeling at the altar rails, at work
or sleeping in his bed, he'll rise and go.

Sound-proofed, with padded doors and dimly lit,
her basement is her place for therapy—
A basement for abasement, she will jest.

Now raised above him on a golden plinth, a light behind, its halo round her head, from breast to ankles she is dressed in white. The dress gives off a slightly golden glow.

What a poem and what a loss. Yikes. Dare I put my fingers to the keyboard again?

And he kept at that level for the many years I knew him. Marvelous artist.