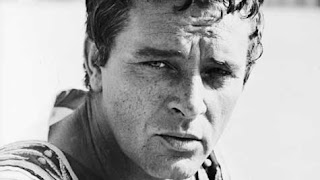 Richard Burton. Say the name and Elizabeth Taylor jumps to mind. But there was so much more to the man besides Liz & Dick, scandal, and great acting chops that were highlighted in movies like The Spy Who Came in from The Cold, Where Eagles Dare, and 1984. He was a damn fine writer and he's included in an upcoming article I'm putting together over this holiday weekend. Here's an except from his life-long journal that was published in 2012:


The more I read about man and his maniacal ruthlessness and his murdering envious scatological soul the more I realize that he will never change. Our stupidity is immortal, nothing will change it. The same mistakes, the same prejudices, the same injustice, the same lusts wheel endlessly around the parade-ground of the centuries. Immutable and ineluctable. I wish I could believe in a God of some kind but I simply cannot. My intelligence is too muscular and my imagination stops at the horizon, and I have an idea that the last sound to be heard on this lovely planet will be a man screaming.

How sobering is that, right? And there's many more entries like that in The Richard Burton Diaries. And the dead live again, Richard's words are featured daily on Twitter which I regularly check. Burton ... fascinating guy. Back to work I go on a piece I'm calling My Unlikely Writing Influences.
Posted by David Cranmer at 4:23 PM
Email ThisBlogThis!Share to TwitterShare to FacebookShare to Pinterest
Labels: artcle, Richard Burton