Hard Case Crime's Charles Ardai at BEAT to a PULP 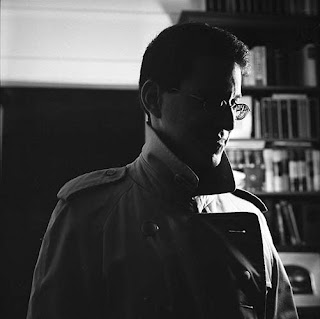 Charles Ardai is co-founder and editor of the acclaimed Hard Case Crime imprint, which since 2004 has been publishing paperback crime novels in the style of the pulp paperbacks of the 1940s and 50s. Nominated five times in its first five years for the Edgar Allan Poe Award and described by Neal Pollack in The Stranger as "the best new American publisher to appear in the past decade," Hard Case Crime has published books by authors such as Stephen King, Mickey Spillane, Pete Hamill, Donald E. Westlake, Ed McBain, Madison Smartt Bell, and Lawrence Block, and won praise from authors ranging from Jonathan Lethem to J.K. Rowling. Ardai is also himself an award-winning author whose work has received the Edgar and Shamus Awards and been selected for anthologies such as The Year's Best Horror Stories and Best Mystery Stories of the Year. The first two novels he wrote for Hard Case Crime, under the pseudonym "Richard Aleas," are in development as feature films at Universal, with Jonathan Levine attached to direct. Ardai is also a writer and producer on the TV series Haven, which was inspired by the novel Stephen King wrote for Hard Case Crime.

We're very honored to have Mr. Ardai at BEAT to a PULP this week with "The Shadow Line."
Posted by David Cranmer at 8:02 PM
Email ThisBlogThis!Share to TwitterShare to FacebookShare to Pinterest
Labels: BEAT to a PULP, Charles Ardai

Excellent! I look forward to checking it out

Nice way to look at it, Lawrence.