On Thunder Road with Bleeding Wrists

This past March we were in Freeville, along Fall Creek, to visit one of the last of the hipsters (more on this in a later post) who was talking to me about dreams and what we can learn from them, like reaching the great beyond, etc. I had my doubts. Still do. (Damn, he mentioned a book I can't remember at the moment). Nevertheless, I told him that I used to record my dreams as a twenty-something. Well, a few weeks ago, after recalling our conversation, I started again. My friend Charles in Louisiana has devoted blog posts on his midnight exploits which I always find fascinating. So I've decided to post some of mine here from time to time. An example of my journey into dreamtime from 7/31/13 in North Charleston, South Carolina, around 3:45 am:

I am sitting in a parked Honda Civic on a dirt road that heads up a hill on the George Junior Republic property in Dryden, NY. A group of  juveniles pull up behind me, making me nervous. The car won't start, but after a few tries, I manage to get it going and race away with the kids staying tight to my bumper. The cheap Hollywood scenery is sliding past like I'm Lucas Doolin roaring away on Thunder Road. At the hilltop, I make a fast right off the road to lose them ... Fades to: I pull into a reality show contest where I am told by the amiable television host that I can win twenty bottles of the finest wine! But for my part of the contest (though there are no other contestants) both my wrists are slashed, and, if I remain standing for a length of time, I will win the wine. After bleeding buckets and buckets of red, I'm told to "place my wrists perpendicular" to stop the bleeding ... I wake up before I get the prize!

Usually, I can point to events, conversations, news articles or the like from the days beforehand to explain away certain aspects, but that takes the magic/mystique/crazy out of it, right? So I'll just post the cinema verites as they arrive. 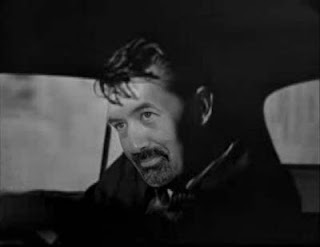 Not much of a rememberer of dreams here. Julia does all the time, though, and they tend to be pretty freaky.

Dreams are endlessly fascinating. I enjoy talking about them and reading about other folks' adventures. Sounds pretty noirish, that first part at least.

Chris, To keep a dream journal I've found you have to wake yourself up and jot them down. Cuts into sleep for sure.

Charles, I've always enjoyed you sharing your dreams with fellow bloggers. They are like short short stories.

Phil has great and vivid dreams. Mine are so ordinary they are never worth remembering. Usually I am cleaning a house in them. Or wondering through empty rooms.

Patti, When I was younger I had the wandering through desolate locations.

My dream would be my most vivid though it dates from my childhood. I go into a shop, discover that the the woman serving behind the counter is my mother. Except that the shop is bare, the counter long and curving away into the distance and there seems nothing to sell. I go up to my mother and haul myself up on my elbows to look over the counter. My mother is standing knee deep in wriggling crocodiles.

Wow, Dave! I thought your dream was going one way and BAM! reptiles show up. Disturbing image on my scale. Thanks for sharing, sir.

Maybe if I put my wrists perpendicular I'll have a good dream but without all the blood.

Oscar, Worth a try, right?

Noirish, yes. In the '90s, creator Rick Veitch based an entire comic book series on his dreams. Called RARE BIT FIENDS, pages of it are on his blog here: http://www.rickveitch.com/tag/dream-comics/

Rich, I will check that link out and search for the series. I've read Kerouac's Book of Dreams and Burroughs has one called My Education: A Book of Dreams from 1995. Done right, dreams make awesome little stories.

That's some dream, David.
My last one was a picnic in the woods where I caught a little painted turtle and lost him, feared he was eaten... then found a baby alligator and tossed it into the pond.

I try to write them down in a little book. I've written stories using imagery in that book, reading it again years later.

Tom, I'm left wondering if the painted turtle was in the baby alligator?