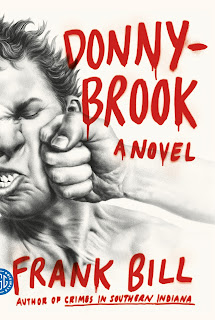 Hell, wanna finish reading this in the worst way but have to wait for it to arrive in the mail, again!
Posted by David Cranmer at 6:16 PM
Email ThisBlogThis!Share to TwitterShare to FacebookShare to Pinterest
Labels: Chuck Palahniuk, Donnybrook, Fight Club, Frank Bill, Kyle Knapp, novel
Newer Post Older Post Home