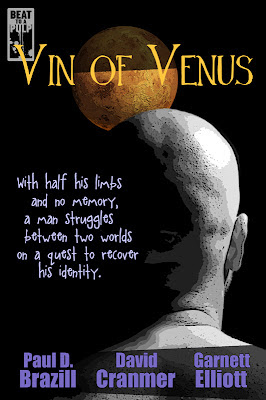 See, now THIS sounds interesting!
Not merely some purely "made up" story, but a deeper, more textural canvas, that asks questions and arouses expectations. The protagonist appeals to us who are also heroic figures in among vast powers of threat & change. We too feel marooned in a modern dystopia. How do we reconcile our hero journey with our day to day life in civilization with all it's discontents. Perhaps this book brings insights in the best way: through story.
Congrats David and your writing partner.


Wishing You a Sweet Week
with Aloha from Honolulu
Comfort Spiral
<(-'.'-)>

REading and enjoying it now

Congrats on another e-book publication.