BEAT to a PULP #109: A Rip through Time: Battles, Broadswords, and Bad Girls by Charles A. Gramlich 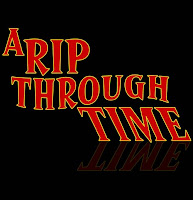 A Note on Simon Rip’s Return.

I always have gargantuan plans when it comes to the BEAT to a PULP webzine, the print anthologies, or the Simon Rip eBook I had previously announced. Sometimes I quite literally wake up in the middle of the night and scribble something to find in the morning I’d written, “Get S. King for next week’s BTAP story.” Yeah, right. Eyes bigger than stomach syndrome more often than not. Still I don’t believe in doing anything half way and that is the reason I am holding off on a Simon Rip eBook.

With Rip, I had imagined an illustrated electronic book (visions of Sydney Paget danced before my eyes) but I couldn’t settle on an illustrator who was an ideal fit. Plus I felt three stories were too few to charge readers even at the Kindle-friendly price of ninety-nine cents.

So I will continue to work on bringing those elements together, but, in the meantime, Charles Gramlich brilliantly continues where Chris F. Holm’s impressive Rip debut had left us with Simon Rip on the run and the future of the world at stake. Here is the thrilling return of everyone’s favorite cigar-chomping time cop in “A Rip through Time: Battles, Broadswords, and Bad Girls.”
Posted by David Cranmer at 5:00 PM
Email ThisBlogThis!Share to TwitterShare to FacebookShare to Pinterest
Labels: BTAP, Simon Rip
Newer Post Older Post Home