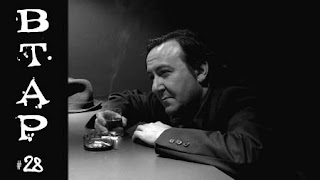 Oliver had been, for most of his life, a temperate man and survived the sexless marriage—its colourless cuisine and half-hearted holidays—with a stoicism that bordered on indifference. But his patience had been stretched to the breaking point by Gloria's constant disapproval of almost everything he did.

And then there was the "tut."

Paul's a terrific writer who's also very conscientious about commenting on other people's stories and blogs. So take a minute to read this cracking story and drop him an attaboy.

Next: "Y Not" by Travis Erwin